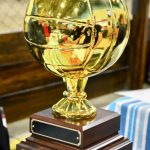 Highlights from the Inaugural Season Combine and Draft 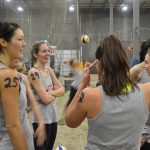 First off, I’d like to thank everyone involved for helping shape a very successful Inaugural Season Combine and Draft. Out of 39 eligible athletes, 33 participated in the Combine in some capacity. Participation will be key to the season’s success, so it was great to see so many faces putting forth a full effort. Competing through physical and skill based activities, athletes looked to impress team Owners, and give themselves a better shot at being drafted later in the night.

Many of the players haven’t competed in a tryout scenario since their club days. It was a chance to compare against peers in a new way between already extremely competitive people (Further evidenced at the Wiskar Christmas charades party this weekend), and everyone seemed willing to put forth a great showing. Skill drills were led by Don Saxton, and were designed for Owners to see what players were capable of. Physical stations gave a concrete score to the athletes. Top male and female results from the physical stations went as follows:

All athletes profiles will be update with their physical scores over the next week.

The last hour of the Combine saw everyone play more traditional volleyball. Not exactly the same, since players were encouraged to rally with a variety of partners. Each rally gave a good look at what the athletes can do in game like situations, and team Owners in attendance had their scouting sheets out during their last look at the players, making any last minute changes to their pre draft rankings depending on which players could impress on Saturday night.

Then just like that, the draft was upon us. Unfortunately, technical issues affected the live stream, but Jayme Lepp and Rob Driscoll stepped up huge, with an excellent impromptu Instagram Live play-by-play.  The 6 team’s Owners and GMs took their turns and made their picks. The women dominated the first 2 rounds, selected in 7 of the first 10 picks (not including player owner, self drafts). Kumiko Chow was drafted number 1 overall by Grant O’Gorman, GM for Volleyball Stuff, which earned her the right to reveal the yet-to-be-named NBVL Trophy. The entire draft order can be found at the end of this article.

There were some surprising choices, and others that were not so surprising. Based on numbers from the physical testing and analysis from my source in the middle of the action (my parents running the drills), I’ve come up with 2 top value draft choices. These are the players who I think are most likely to outplay their draft position and benefit their respective teams.

For the women, drafted 17th overall, Tamiko Young had the fastest time in the Sideline Agility, and also ranked in the top 5 in every physical test besides the seated med ball toss. She was also rated very highly by the unbiased Combine coaches Don + Mylene Saxton, who both thought she was drafted far lower than where they rated her.
On the men’s side, Krzysztof Orman scored similarly high in the physical testing, and is already a highly established player in the Kits community. The reason for him being drafted 23rd overall was due mainly to his having to miss the first 3 matchups of the season. When he returns, however, he will have a good chance to make an immediate impact.

So now the teams are set, and Owner’s are learning the ropes of managing their teams. It’s new ground for everyone, but already transactions are being made. Volleyball BC made the NBVL’s first Free Agent acquisition, picking up Daniel Rod to fill in while Krzysztof misses time. Rod, who had the highest spike touch of the field, might even be able to steal the starting spot away if he performs well. The first trade was also made last week, when Active ReLeaf received Tamiko Young from Dunbar Cycles in exchange for Colleen Ogilvie. We’ll have to wait until the season begins, January 6th, to see which side gained the most value.

As we head into the holidays, the preseason will hit it’s stride. Teams have already begun their training, only time will tell who will be in the best shape come Opening night. Which team do you think will take home the Title?

Big thank you to all volunteers: Don Saxton for heading the skill testing drills. Kumiko Chow, Jayme Lepp, Grant O’Gorman, Joel Caschetto, Mylene Saxton and Stephen Nash for manning the physical testing stations. Jayme Lepp and Rob Driscoll for entertaining and informing the online viewers. Last but not least, all photo credit goes to Emily Raymond, who also volunteered to keep me organized enough to get through the evening (the most difficult task of all). 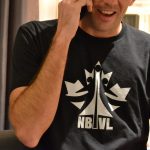 Ben selects the draft order by random draw during the NBVL Inaugural Season’s Owner’s Call(why the phone is glued to his ear.)

In case there is confusion about why Active ReLeaf and Dunbar Cycles are drawn separately from the rest, it’s because Team Owner’s Krystian Wetulani and Rob Venables are also registered players for the Inaugural Season. As Player Owner’s, they are required to select themselves in exchange missing their first round pick. This is why they have been relegated to the last 2 picks of the first round. This was explained earlier in the Owner’s call.

View all matches
This site is a Game of Skill and is 100% LEGAL in the United States. This site operates in full compliance with the Unlawful Internet Gambling Enforcement Act of 2006.
Due to state and provincial laws residents of Arizona, Iowa, Louisiana, Montana, Vermont, New York and Quebec may only play in free competitions. All other trademarks and logos belong to their respective owners. FanVictor.com Fantasy Sports