A Tale of Two Combines

One month to go until the NBVL Regular Season starts up in Both Calgary and Vancouver.

There’s been some time to digest since the NBVL held it’s combines and drafts in Vancouver and Calgary. Ample time to come up with a proper recap, and consider the repercussions on the coming season. Over the next few weeks, you can expect to see a small recap for each team and how they drafted. Today we’ll focus mainly on the Combine. 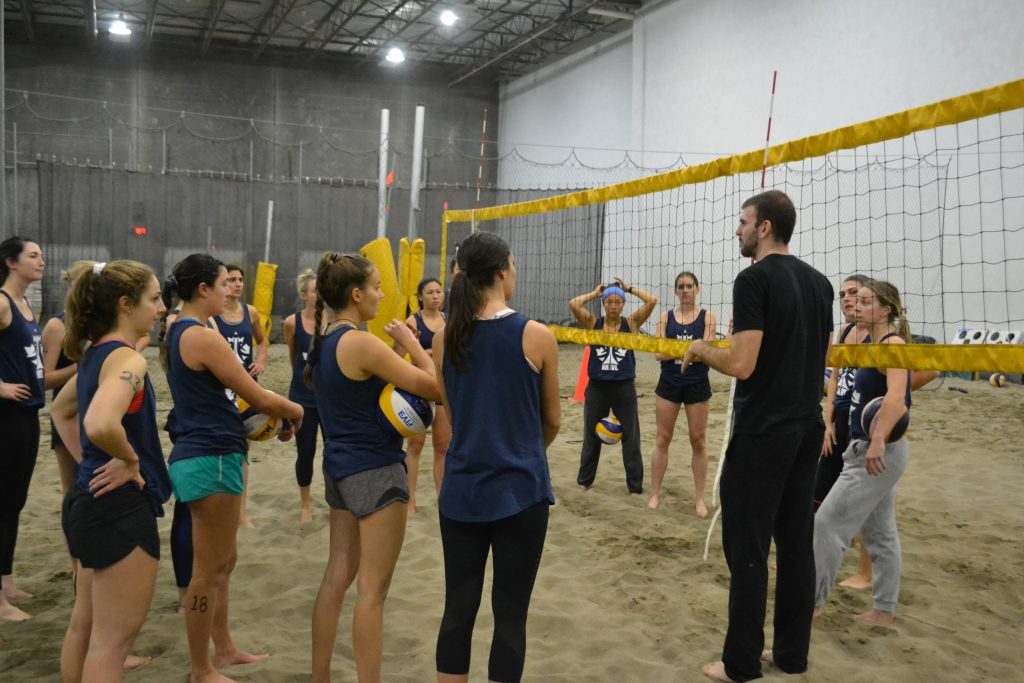 First was Vancouver. With a season already under its belt, the benchmark has been set for what to expect from players, owners and teams. The community is already aware of the high caliber of play that is to come in the 2020 season. The women’s side seemed especially eager to get things going, as 20 out of 22 draft eligible female players showed up to the Combine presented by MVMT Lab. Even defending champion, Aly McKay, joined in, despite having bypassed the draft as the kept player on Moveo. Sadly, only 6 of 18 turned out for the men’s side, which just meant that those present were given an extra large opportunity to stand out to team Owners. The two highest climbers from last season’s combine were Aleksandar Borisov and Danielle Curtis, drafted 8th and 16th respectively. After both missing the cut in the Inaugural Season, they will both get the opportunity to be major contributors this year. Felipe Humana-Paredes was the first overall pick by navaslab.com

In Calgary, attendance wasn’t an issue for either gender. 16 of 20 registered women and 19 of 24 register men showed up to their Combine on Sunday night to push themselves forward in the draft rankings. Excitement was high across the board, with this being a first of it’s kind pro beach league in Calgary. Calgarians have been craving an elite level beach community and they’ve taken notice that the NBVL has the potential to help them build one. Even Player/Owners wanted to get in on the action as all three of them took to the sand: Camille Saxton (Dome Defenders), Amanda Moppett-Beatch (PlayBeach), and Mike Funk (PlayBeach). It was Colton De Man who drew the most attention, however, as he went first overall to CBVA in the NBVL Calgary Draft, and also topped the Vertec with a spike touch of 10′ 10″. Coincidence? Unlikely. 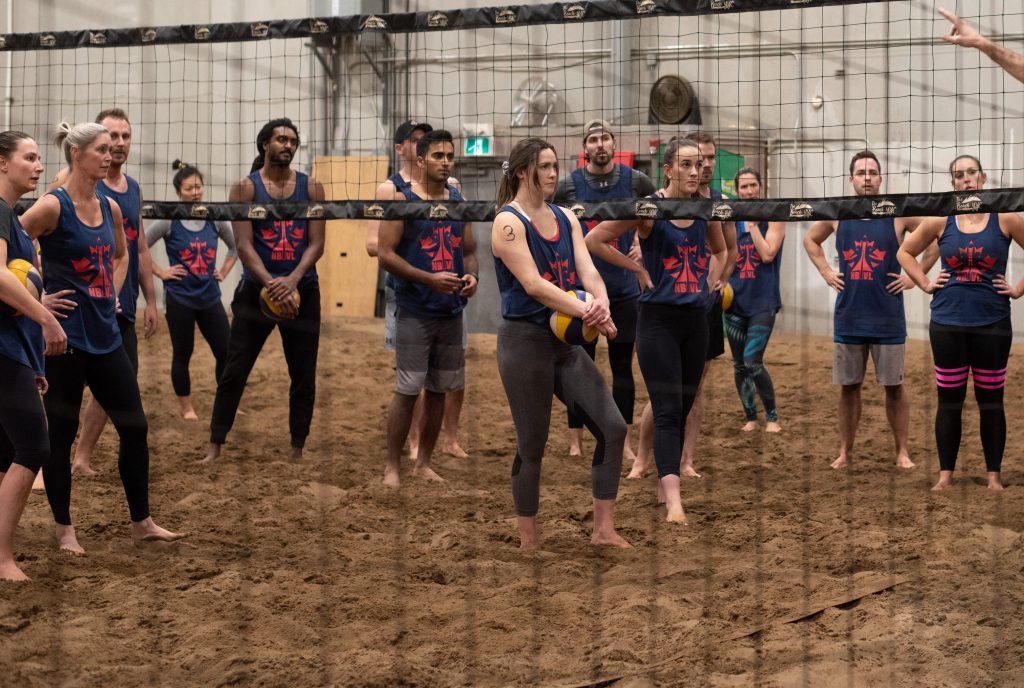 So which city has the best athletes? Who has the lead after the first bit of sweat has been shed on both fronts? 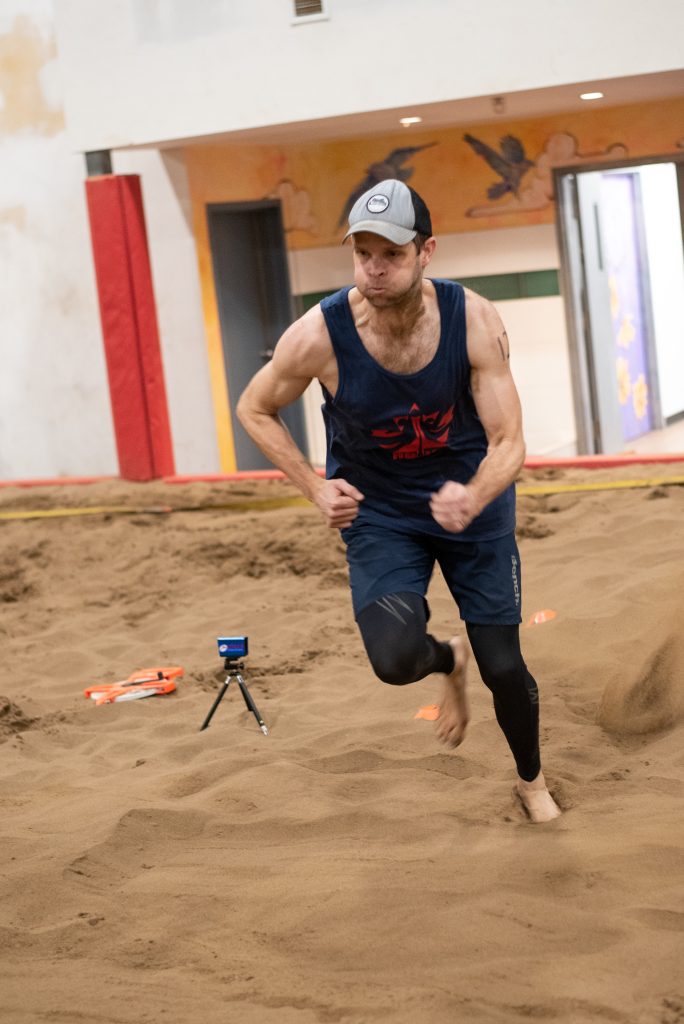 First, the obvious, by sheer volume of participants and overall excitement Calgary currently holds the edge. While both cities registered 44 athletes of either gender (including kept players in Van), 35 got dirty in Calgary compared to 28 in Vancouver.

Looking at the numbers, it’s difficult to compare the agility or med ball tosses between leagues, since the standards differed slightly between the two, but the jumps can be directly linked. So we’ll rank the top 5 per gender (Van in Red, Cgy in Blue):

Ann Richards and Aleks Borisov in Vancouver were equalled by Calgarian counterparts Camille Saxton and Colton De Man atop the spike touch, but the former both stood alone with the highest blocks. Judging the two leagues by these jumping leaders, Vancouver looks to have the vertical edge going into the season.

At the end of the day, it will all come down to how they play, and how many people will take notice. The schedules for both leagues will be released tomorrow Dec 6th, so that you can start tracking your favorite teams. Tickets will be sold online and at the door by cash, come out Jan 5th to The Beach YYC in Calgary and 6Pack Beach in Vancouver to support your favorite team, or just beach volleyball in general, as the NBVL returns for its 2020 season.

Take a look below for the full numbers (with gold, silver, and bronze results in each category) from the NBVL Vancouver Combine presented by MVMT Lab and the NBVL Calgary Combine, which can all be found at https://nbvl.ca/2020-combine-results/ 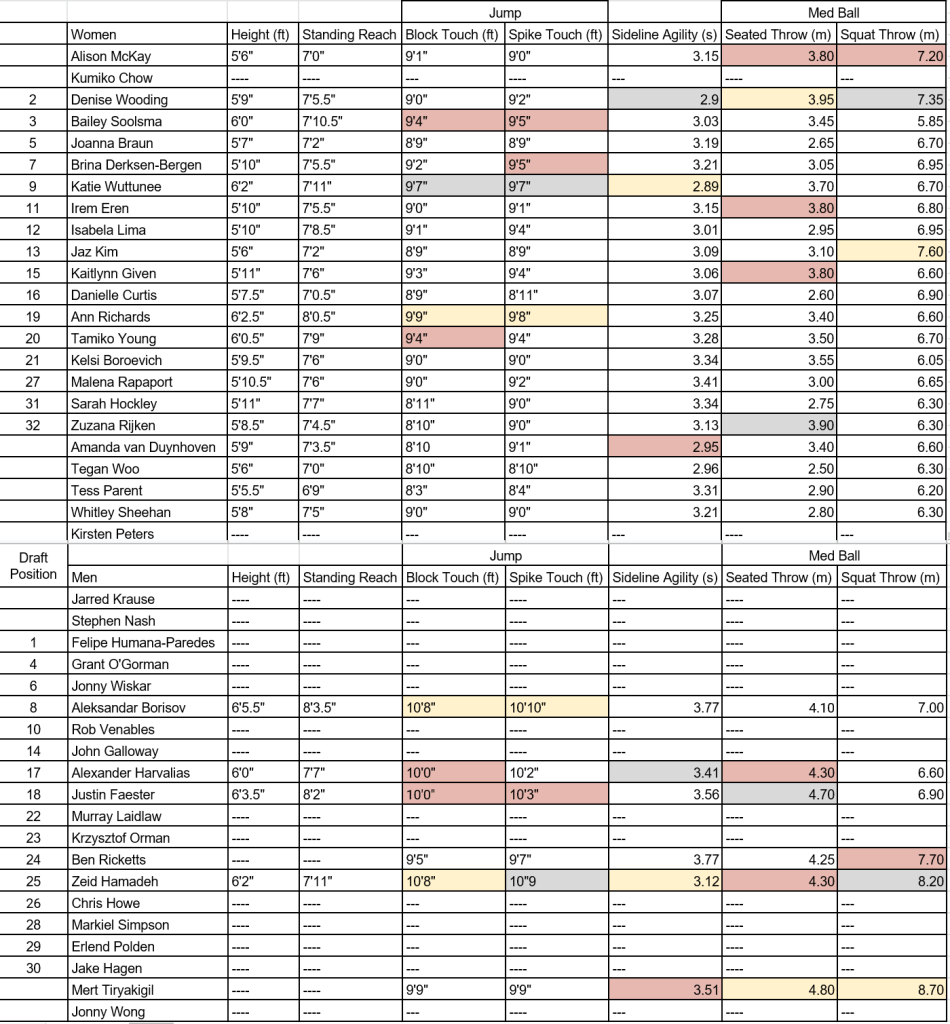 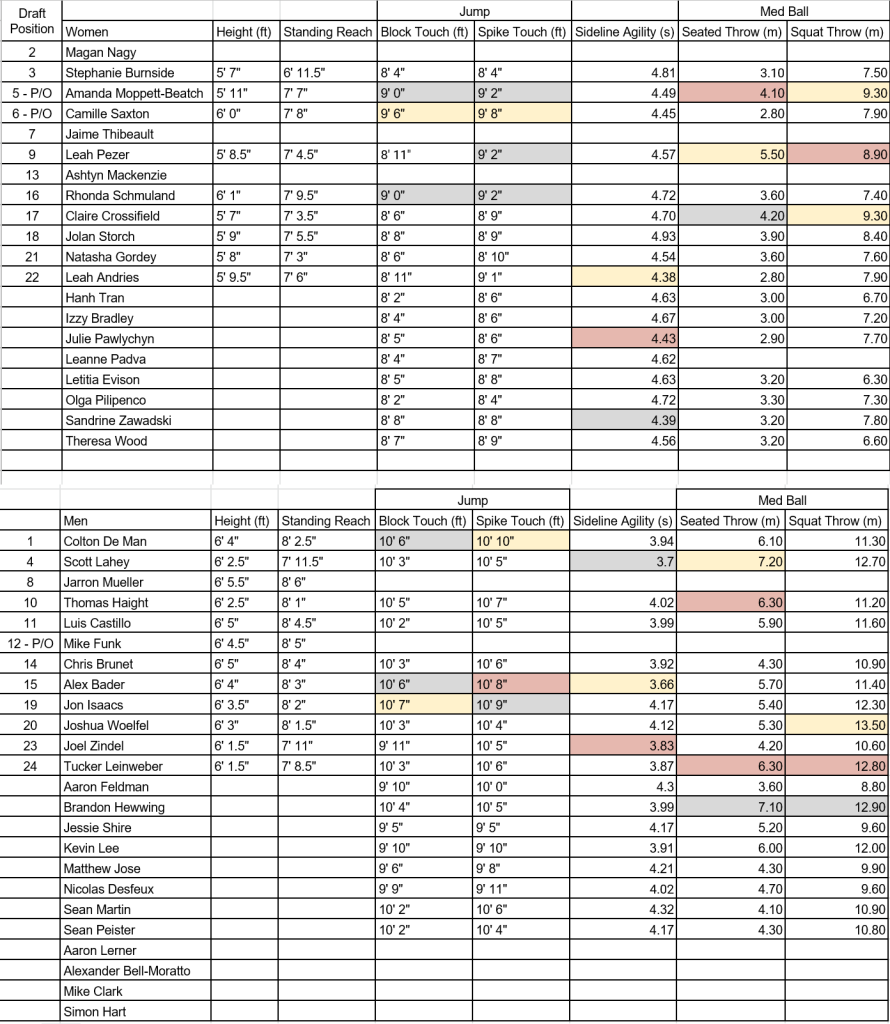