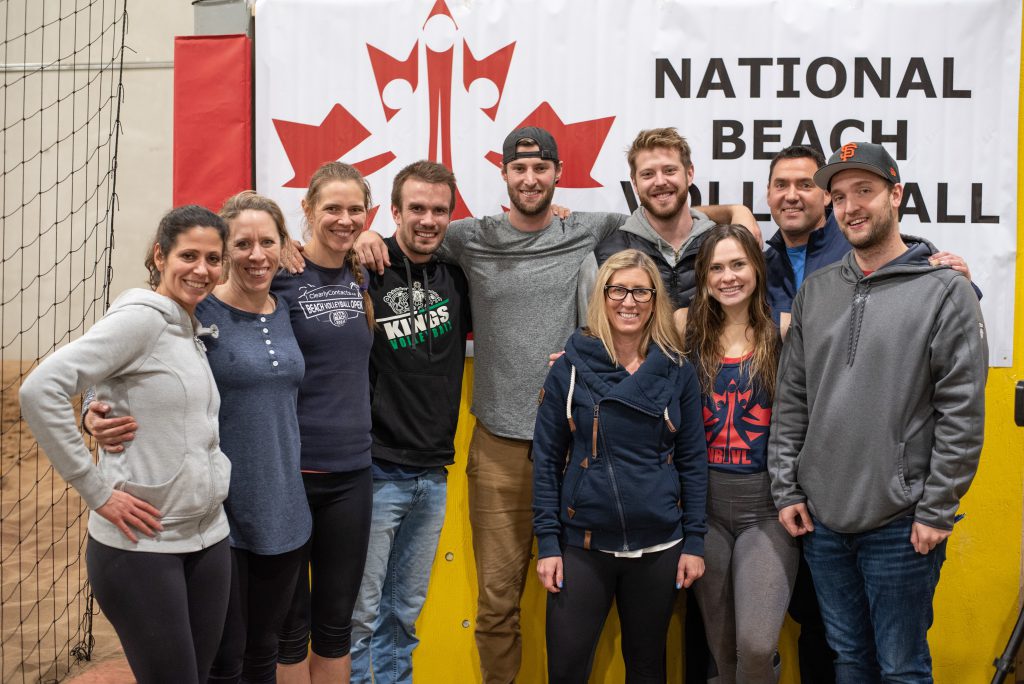 Heading back to the NBVL Calgary for our next preview (you’ll start to sense a pattern here). CBVA is no stranger to league play, as the host of many of Calgary’s main beach events. A great addition to the NBVL, they came into the draft with a plan and hope that it will pay off.

Many team decisions go out to the CBVA board of directors, but spearheading the CBVA team is board member Rebecca Morrison, who has taken on the role of Owner. Coaching the team is Dan Padva, who runs Calgary’s king’s league. Together, they were able to pick up what they hope to be a Championship team in Calgary.

Colton came into draft night as one of the highest touted beach players in Calgary, then impressed heavily at the combine, both in play and with the highest spike touch of the night at 10’10”. CBVA had the first overall pick and used it on De Myth, De Legend, De Man, so they’ll be looking for him to be a major contributor to their team this season. The NBVL Inaugural Season’s first overall pick, Kumiko Chow, went on to earn season MVP honors in Vancouver, so we’ll see if Colton can follow in those footsteps

Mueller was another top male prospect coming into the draft, so CBVA picking him up in the 8th overall spot to complement De Man was a bit of a surprise. He wasn’t able to attend the combine due to obligations as commissioner of the ONE League in Calgary, and that may have contributed to the small slide. Neither he nor CBVA should be disappointed with the physical De Man + Mueller pairing for the upcoming season, however, as they’ll be one of the strongest men’s teams in Calgary.

Leah Pezer has made a name for herself on the beach in western Canada. Vancouver fans have already noticed the familiar name (though previously Leah Allinger) that will be playing in the NBVL Calgary this season. A 2 time winner of the Vancouver Open who also has AVP experience, Pezer  has one of the most intimidating resumes in either NBVL city. The fact that she was the 6th female added to a team illustrates just how deep the the talent pool in Calgary will be this season.

Schmuland has been a high end performer in Calgary for some time now, with a multitude of podium results in the city’s major events (including CBVA’s), highlighted by an Alberta Provincial Championship victory in 2017. Rhonda is one of the tallest athletes in the field and tied for the 2nd highest spike touch at the combine, so look for her to make her presence known at the net.

2019 was a good summer for Crossfield in the CBVA, and the CBVA took notice, picking up last summer’s Sandblaster and League champion as their 17th overall pick. Claire is a vocal player with a lot of power, as demonstrated by the furthest squat throw of the night at the combine. She will be fun to watch when she makes her debut in the NBVL Calgary this year, as she’ll be looking to build on the momentum from her successful summer.

Tucker may have been the last name called on draft night, but he certainly made his presence felt at the Combine, as the only athlete to be in the top 5 in the NBVL Calgary in every physical testing category. No stranger to high pressure play, as a Usports National Champion with Alberta, He’ll be itching to dig his feet in the sand this season. It will have to be behind standouts De Man and Mueller, however, at least to start things off.

CBVA has the men’s team to beat heading into the 2020 season. As already mentioned De Man and Mueller were 2 of the most sought after male players going into draft night, so the fact that they ended on the same team with Leinweber as physical option as well gives CBVA the slight edge on the men’s side heading into the season. The women will be no slouches either, with Pezer leading the team, and depth alongside her whether it’s Schmuland or Crossfield. But the women’s field is so strong, they’ll need to be sharp right out of the gates, or else clutch in Overtime to help their team get the Ws.

Young Fitness
This site is a Game of Skill and is 100% LEGAL in the United States. This site operates in full compliance with the Unlawful Internet Gambling Enforcement Act of 2006.
Due to state and provincial laws residents of Arizona, Iowa, Louisiana, Montana, Vermont, New York and Quebec may only play in free competitions. All other trademarks and logos belong to their respective owners. FanVictor.com Fantasy Sports
%d bloggers like this: