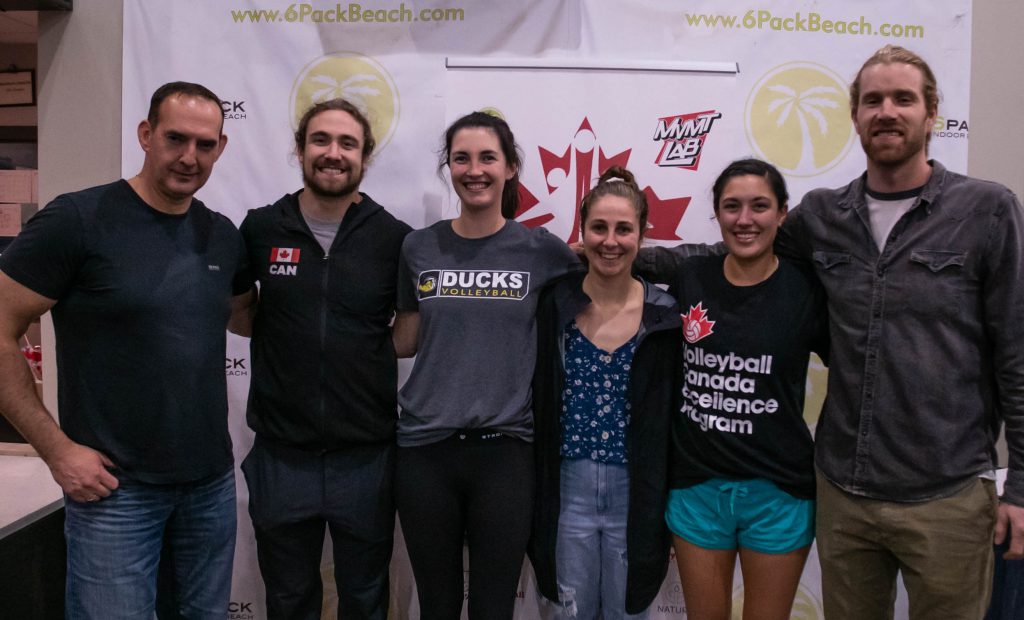 Our 3rd team from Vancouver, Natura Solutions had a strong showing in the Inaugural season, finishing 3rd overall. They excelled on the men’s side, dropping only 1 match, but they struggled in Overtimes, where they finished 2-3 over the course of the season. Time will tell if their new look team will improve upon their first season’s performance.

Owned and operated by Rob Penz of Natura Solutions all natural cleaning products. Rob and Natura have also been instrumental in the enormous growth of the Vancouver Open the past few years. He’s been a great leader in the development of beach volleyball, and has built a solid team for the 2020 season.

Last year for Natura, Krause was a performer. The Natura men had the best record amongst all men’s teams going 5-1 over the course of the Inaugural season (counting playoffs). So it was a no brainer for Natura to keep their 1st team All-Star. Jared is an all around well rounded player than can elevate the game of any partner. The speed and reaction time to play defense, and the size, at 6’7″, to block. Add in the fact that he’s a lefty, and that makes him one of the scariest players for opponents, and one of the best partner options for teammates, Murf Laidlaw will attest. Speaking of teammates…..

O’Gorman has the most International experience of anyone in the NBVL, having played in 74 FIVB and 15 NORCECA events. Grant is one of Canada’s best players but rarely gets to play on home soil. The last time he did, in the Edmonton 3 star FIVB event, he took home a Silver medal (beating the Brazilian Vancouver Open Champions in the process), so he should be excited to show the home fans what he can do for 2 straight months at 6pack. Somehow, O’Gorman slipped to 4th in the draft, which gives us the almost unfair men’s pairing of O’Gorman and Krause for the 2020 NBVL Vancouver Season.

Speaking of unfair, Wuttunee was the Inaugural Season’s top point scorer and a 2nd team All-Star for Volleyball Stuff. Katie led all women in Kills and Blocks, and was 2nd overall in Aces with 35 in 7 matches, for a whopping average of 5 Aces per match (including playoffs). Last Season, Wuttunee, along with Kumiko Chow, were the Inaugural Season’s most dominant women’s team, going 7-0 in regulation play, but ultimately falling short in Overtime in last year’s thrilling finals. Katie will be looking for redemption this year, and this could be the team to do it.

Curtis fell just short of being drafted in the Inaugural Season, but the new season brings new opportunity and Danielle was one to capitalize, getting picked up 16th overall. Over the summer Danielle was an iron woman, playing in every BC beach tour and most KWVC tour events, highlighted by a main draw appearance at the Vancouver Open. All that time spent on the sand showed during the combine, impressing Natura Solutions enough to grab her ahead of several players from last season.

Boroevich is another returning player to the NBVL, where she was the Inaugural Season’s leader in Aces, averaging 5.2 aces per match. If her and Wuttunee get some matches together, opponents will be shaking in their sand socks on serve receive. Kelsi’s summer highlight was a 4th place finish at the BC Provincial Championships. With Dunbar Cycles last season, she finished just short of playoffs in 5th overall. This coming season with Natura will give her another opportunity to get the hardware that she’s been so close to grabbing.

Another redemption story on Natura Solutions is Simpson, who also missed out on getting drafted in the Inaugural Season. His summer’s have been highlighted by a couple of semi finals appearances at Provincials over the last few years, and Natura has given him the chance to prove himself further by adding him to their team. It will be tough to get much playing time behind 2 of the top male athletes in the entire field, but you know Simpson will be fired up when he gets his moment to shine on the NBVL stage.

Natura Solutions is the men’s favorite early on, with so much combined experience and histories of success, it will be very tough for anyone to take a match  in regulation play against them. The women likely won’t be easy to take on either, with Wuttunee’s net dominance and the option between two solid, scrappy defenders in Curtis and Boroevich playing in the back court. This was a very well drafted team, that could be the early favorites to put their name’s on the 2020 NBVL Trophy, but there are 5 other teams in Vancouver that will be looking to take them down.

Young Fitness
This site is a Game of Skill and is 100% LEGAL in the United States. This site operates in full compliance with the Unlawful Internet Gambling Enforcement Act of 2006.
Due to state and provincial laws residents of Arizona, Iowa, Louisiana, Montana, Vermont, New York and Quebec may only play in free competitions. All other trademarks and logos belong to their respective owners. FanVictor.com Fantasy Sports
%d bloggers like this: