Tis the Season to Play Volley 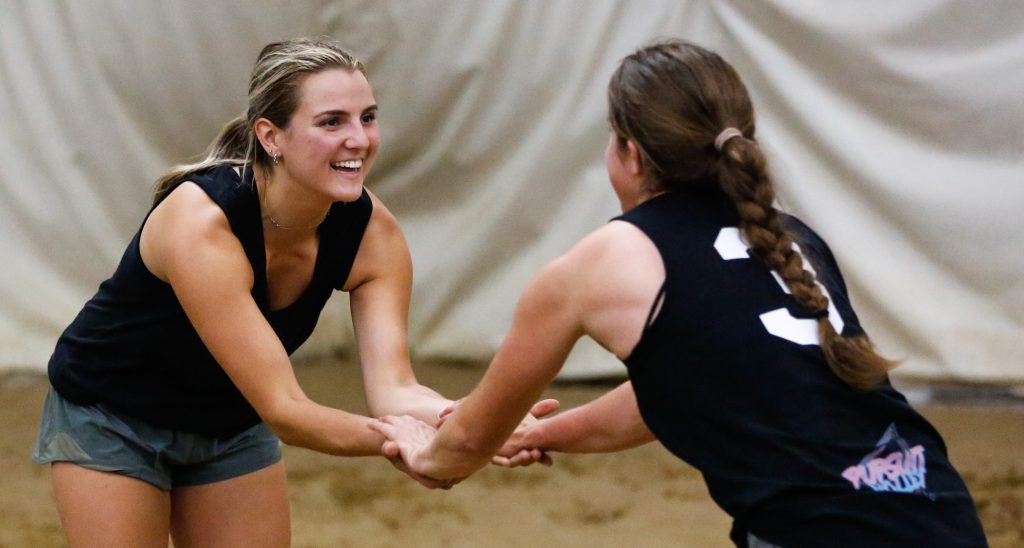 Twas the night before New Years, and all through the land,
Not a creature was stirring, not even in the sand.
NBVL athletes were nestled, all snug in their beds,
While visions of Overtime played on in their heads.

I hope the holidays have been treating everyone well!

2021 is at its end, which means the 2022 NBVL season is just around the corner. This year to be played starting at the end of March, both to make the season available to athletes finishing up their U-Sport or ACAC seasons, and to give Vancouver athletes the chance to play the season outdoors (fingers crossed).

The player signing process is well underway, detailed in our last post. For the 8 teams in Calgary and the 4 in Vancouver this season, the player signing deadline (Jan 9th) is fast approaching to get those first 2 men’s and women’s roster spots filled. Returning players interested in bypassing the draft process should get REGISTERED as soon as possible, since the 7 day minimum for athletes means player’s looking to be signed MUST be registered by January 2nd. The deadline to register for the draft and pre-draft KOB/QOB tournament will be January 28th.

The Omicron variant of Covid has added a new question mark to our already Covid-confused lives, which may affect the NBVL’s combine once again, but for now we are still looking forward to seeing our new and undrafted athletes show their best before this season’s draft currently set to run January 30th. Players will be asked to abide by provincial health and safety recommendations, as well as the rules and regulations put in place by the facilities and venues during the combine and throughout the course of the season.

It’s the NBVL’s biggest season yet, with 12 teams in 2 provinces. Tonight as the clock strikes midnight, the ball will drop but we’ve got a whole league worth of athletes ready to dig it back up. A new 2022 chapter begins in the NBVL story, which team will step forward and etch their name on the trophy and in NBVL history?