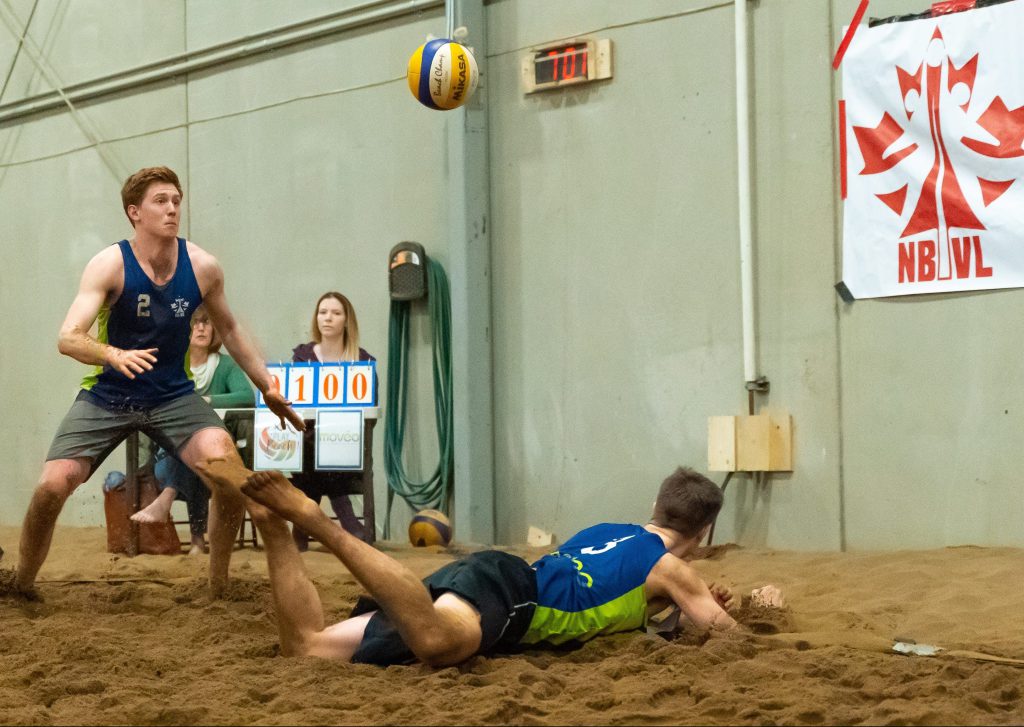 Happy Thanksgiving everyone! We hope you all had a chance to celebrate with friends and loved ones this past weekend!

In case you didn’t see it, Registration is now open for Vancouver 2023! If you’re new to the NBVL and our team building process, or if you’re coming back and want a refresher, then this post is for you.

For starters, the signing process in our existing cities was a success last season. Giving returning athletes a little more say and control in deciding their partnerships was well received, and even prompted some athletes to the ability bring in new Team Owners and sponsors as well. Having the ability to reach out to teams and players pre-draft rewards top athletes and returning players, and proactive teams. Keeping the draft for 3rd team members gives new and unsigned players a chance to prove themselves and earn their way on to a team. Long story short, Player signing will be returning in 2023 for Vancouver and Calgary. This post will give a quick rundown of how it works.

As always, the NBVL will be played by Sponsored Teams, and we are looking to get that number of teams back up to 6 for the 2022 season. If you know anyone who could be interested, please refer them to Vancouver Director, Jordan McConkey. Will be accepting new teams all the way up until the signing deadline, November 27th, but if you want your team to have a better opportunity of signing returning players, then sooner is better than later.

Teams will be required to have 2 male and 2 female athletes signed before the draft happens. New players and previous players who go unsigned will still have the opportunity to be selected to teams via the 2023 Draft, which puts the NBVL draft process a little more in line with processes used in the big name pro leagues. Player registration has started, and from this point forward, any returning player can be signed to a team as soon as 7 days after they’ve registered for the 2023 season. This 1 week buffer is to allow players a little to discuss their options with other players and teams before making their signing decision, and in order to give all teams a proper chance to make offers. Offers can only be made to registered athletes, so it makes sense to get registered early and start discussions. REGISTER HERE 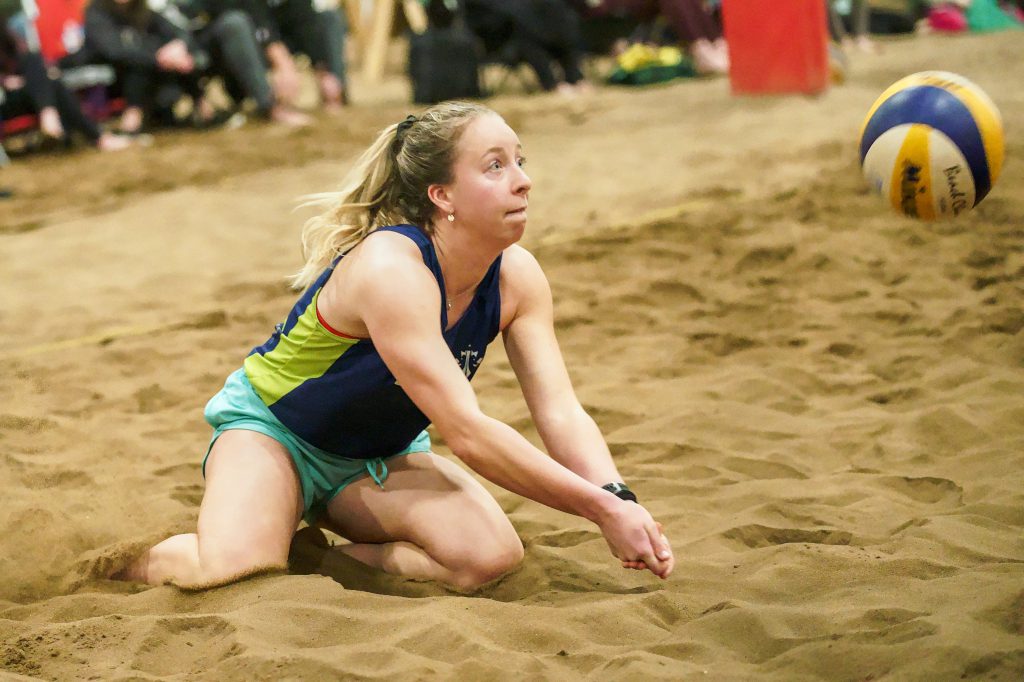 Players will again be signed for a percentage of the team’s prize winnings which we’ll call the “Team Cap”. Since we’re working with percentages, that lends to a very natural Team Cap of 100 percentage points that can be doled out amongst the players (including draftees). The minimum that can be offered to any individual athlete is 10%, and therefore thanks to math, on a team of 6 athletes the max contract anyone can receive is 50% only if the other 5 players have the minimum 10%. Teams do not need to use up all 100 percentage points, giving them the ability to reserve some prize money of their own, but doing this could risk top athletes choosing to go for a higher percentage elsewhere.

Teams also have to option to name any Franchise players they might want to return to their team. Players can not be franchised on a different team than they played with in their previous season. The Franchise tag must be agreed upon by the team and the player, and carries a minimum of 25% towards their Team Cap. What this means is the team essentially locks that player in for the upcoming season, before other teams have the opportunity to sign them. This franchise tag should be assigned within 7 days of the athlete registering for the season, or else they become fair game for other teams to snap up.

Like mentioned before, any non-franchised athlete must wait a minimum of 7 days before signing with any team. Teams and athletes don’t need to stay together from year to year, but there is a small 5% bonus top-up incentive from the NBVL for players to stay with the same team. Since returning players and team Owners have the freedom to shop around a little bit, players who have a specific partner in mind will have a better chance of playing with them if they find a team that’s looking for a pair, as long as both players have previously gone through an NBVL Draft process. A player is considered fair game for offers if they’ve been through the NBVL’s draft process at least once, even if they haven’t played a season yet. All-stars from the previous season will need to sign for a minimum amount.

Again, teams MUST sign 2 male and 2 female athletes before the deadline. They may have all 4 of their athletes signed right on the first signing date, or they may choose to wait until the signing deadline which will be November 27th at midnight, in order for everyone to prepare for the 2022 NBVL Draft on December 3rd. For those athletes hoping to be signed this means you should try to register before November 20th, remembering the minimum 7 day buffer.

The 2023 draft process will be very similar to last year. A reminder that the KOB/QOB Combine will only be open for new and unsigned players to compete in. Signed athletes and Team representatives will be welcome to come watch, support, and scout any future talent that may be added to their squad. On Dec 3rd, the NBVL will host a pre-draft King/Queen of the beach (with cash prize for the winners), again, this is available ONLY to new and unsigned athletes. This will be a good way for teams to see how their potential draft picks perform with different partners and stack up against their peers, but also it’s a way to guarantee that EVERYONE WHO REGISTERS FOR THE 2023 SEASON WILL HAVE AN OPPORTUNITY TO COMPETE at least once, and will receive the 2023 NBVL tank top. Players who get drafted will also be guaranteed a minimum number of matches in the 2023 season, dependent on the total number of matches in the season, and all drafted athletes receive at least a 10% contract. 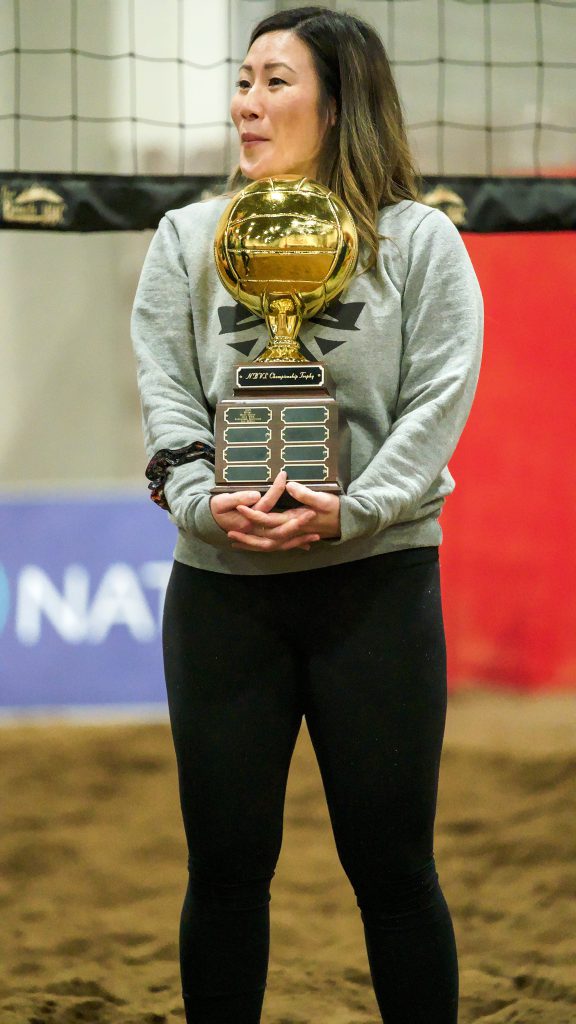 Once again, we are still seeking out more Teams for the 2023 season, and will continue seeking them out until we either reach 6 teams or we hit the signing deadline, Nov. 27th. We encourage anyone to reach out with any insight into potential team owners, or if you are interested yourself. Remember, sponsoring a team gives that sponsor the ability to choose teammates and spread your brand throughout the NBVL community and fanbase.

If you don’t sign up, you’ll never know if you could have been the next name added to the NBVL Trophy!